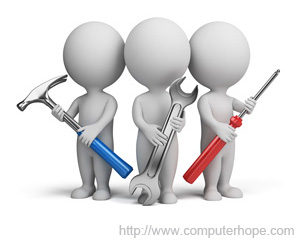 I’m going to do something a little different today. Normally we discuss a lot of different things related to web design and development. At ASIT Group we also do a lot of computer repairs and custom installations and obviously there are a bunch of different things we need for the various jobs. So for anyone in the same sort of situation or for those of you who are attempting a fix on your own computer (hardware or software) these are the absolute necessities.

A lot of people forget that computers are an actual physical thing and need to be maintained in order to function correctly.

Obviously the list goes on but those are the absolute necessities. If you think of any others just leave a comment!